This presentation will quickly review what was accomplished in the 2016 workshop then discuss the goals and objectives for the 2017 workshop.  Simply put, the workshop will review the status of development in light field acquisition, display, applications and standards efforts.  Several proposals for a way to format, encode and signal data intensive light field or or volumetric data sets will be presented and discussed.  The goal of the workshop is to discuss, evaluate and propose next steps in the creation of streaming standards for field of light displays. 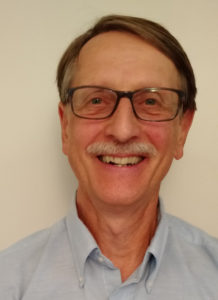 Chris Chinnock is the President of Insight Media (www.insightmedia.info), located in Norwalk, Connecticut.

Insight Media is a consulting company focused on the latest technologies in the pixel pipeline – from content creation to display for consumer and professional applications like consumer electronics, broadcast, cinema and ProAV.

Mr. Chinnock holds a BSEE from the University of Colorado and founded Insight Media in 1998.  Prior to this, he worked as a freelance journalist and consultant plus held a variety of technical and management positions with General Dynamics, Honeywell Electro Optics, MIT Lincoln Labs, General Electric Astro Space and Barnes Engineering.

Mr. Chinnock started Insight Media with a subscription-based newsletter.  In 2014, he sold his publishing operation to Meko and still contributes to the consolidated newsletters, published on www.displaydaily.com.  He and his team have authored dozens of technology and market forecast reports over the last 18 years covering emerging projection and flat panel technology, markets and applications.

In 2007, he co-founded the 3D at Home Consortium, which later merged with the International 3D Society.

In 2010, he founded Insight Media University which offered on-line and classroom workshops on 3D technology.

Mr. Chinnock is a frequent speaker and recognized expert on emerging technologies in the display segment.  His most recent focus has been on High Dynamic Range, Wide Color Gamut, AR/VR/MR and Solid State Projection technology.